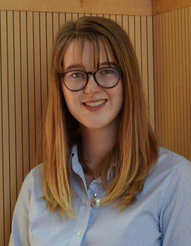 Crystal present her work at the 2018 AHSS Fall Symposium at the University of Puget Sound.
Aiyana Wain-Hirschberg ('15), Lauren Stuck ('15), and Brian Cross ('15) investigated whether the disproportionally lower hiring rates of disabled individuals could be attributed to disability spread - the tendency to project a person’s physical disability onto aspects of his/her life unrelated to the disability. Experiment 1 showed that disability status directly impacts hiring decisions, such that permanently disabled applicants were evaluated significantly worse than temporarily disabled applicants, who in turn were evaluated significantly worse than able-bodied applicants. Experiment 2 used a novel disability Implicit Association Task (IAT) and showed that participants hold implicit biases associating disability and incompetence. Because implicit attitudes may be one contributing factor of disability spread, future research needs to investigate the complex interplay between implicit and explicit attitudes in real-world hiring decisions. 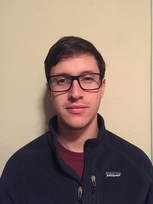 David Adler ('15) conducted a cross-cultural study on alcohol norms in the United States and Argentina. David focused on the concept of pluralistic ignorance, the incorrect perception that peers drink more than you, which has been implicated with problematic drinking behavior on American college campuses. He found that Americans showed the expected pluralistic ignorance effect and reported consuming significantly less in frequency and amount than their peers. In contrast, while Argentines also reported consuming significantly less in amount than their peers, they did not report a significant difference in drink frequency. This suggests that the expression of pluralistic ignorance can differ based on cultural context.

David presented his work at the 2015 Annual Convention of the Western Psychological Association. 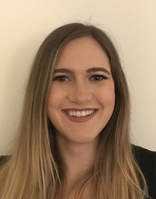 Sydney Wagner ('13) and Jenna Miller ('13) worked with data collected by Melissa McDougall ('11) to test how grammaticality and perceived race interact during language processing. Participants listened to sentences that were grammatical or not while looking at pictures of two possible speakers (one African American face and one European American face). After listening to each sentence, participants were asked to select the face that was the most likely speaker of the sentence they just heard. Results show that participants are not very accurate in speaker selection, but are much faster in selecting an African American face for ungrammatical sentences.

Sydney and Jenna presented their work at the 2012 Weyerhaeuser Colloquium series.

Megan Ostermick ('11) tested 41 7-12-year-old children to investigate when negative attitudes about the homeless develop. Her results showed that 9-year-olds tended to think of the homeless more negatively than did the 7-year-olds, 12-year-olds, and adults. These findings suggest that children younger than 9 have not yet acquired negative attitudes towards the homeless, whereas children older than 9 may use socially desirable responding and not accurately report their thoughts about the homeless. This suggest that interventions aimed at combating negativity towards the homeless should be introduced before age 9.

Megan presented her work at the 2011 Annual Convention of the Western Psychological Association.